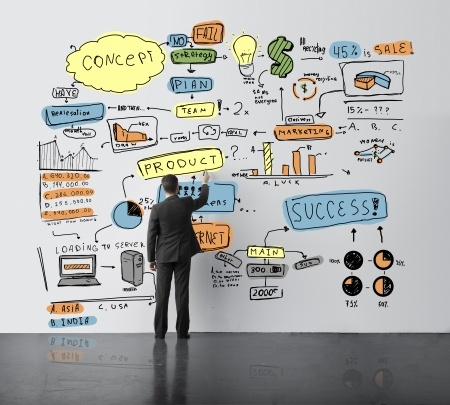 When Pluto entered the sign of Capricorn in 2008, there was a huge contraction in the business world as well as a global recession, and many people lost their jobs.  Pluto creates major shifts in the affairs of the sign through which it travels, and Capricorn is the sign of the structures that create the foundation on which we live.  Corporations, governments, economic structures – all of these are under Capricorn’s domain.

In 2009, Entrepreneur magazine ran this article:

When the economic sky fell last year and CEOs and workers alike were stuffing cash under their mattresses, it didn’t seem like the right moment for big plans, much less a wholesale reshaping of the way entire industries operate. But during the last year, as the shock has subsided, Americans looking at the collapse of corporate culture and finance, the loss of job security, and inscrutable government solutions are coming to [this conclusion]: We don’t have to do things the same way. We can take the economy in hand and drive our own destinies. And a movement that has been slowly building in the business world is finally taking hold: We’re seeing the beginnings of the entrepreneurial economy, a system built on nimble, low-overhead, oftentimes small companies with fluid workforces, rather than the massive conglomerates that have upheld the economy for decades.

Where Pluto is the destroyer, tearing apart any structure that is not serving the purpose for which it was created, Uranus tends to finish the job by breaking out of old and outmoded patterns of thought and action.  When Uranus entered Aries in 2010 it began to align in a challenging square formation with Pluto (see the sidebar of this blog for more information).

Many of the millions of people out of work began creating new jobs for themselves through entrepreneurship.  Someone recently wrote to me that a small kitchen business she had created when she lost her job was now a multi-million dollar enterprise.

The Freelance economy is here to stay.

Uranus in Aries demands individual freedom and liberty, and since the old order of employment where you work for 30 years and are given a gold watch and a pension is long gone (Pluto in Capricorn), this radically new (Uranus) way of creating one’s own destiny (Aries) is a welcome change.  Forbes writes;

The number of freelance workers is projected to outpace full-time workers by 2020.  The economy is rapidly shifting to a more contingent workforce, with recent estimates by the Freelancers Union  of 42 million American independent workers, up from 10.3 million workers in 2005.

Not everyone has the mindset to become an entrepreneur.  People with a strong Cancerian or Taurean need for economic security may find it difficult to take the kind of risks required to create a business.  But as the entrepreneurs become the real job creators, the rest of us will be able to find our place in this new economy which is more nimble and flexible and more easily able to adapt to the financial realities of the twenty-first century.