US and China markets takes a dive

US and China markets takes a dive 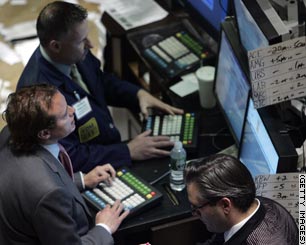 The Dow Jones Industrial Average fell over 416 points yesterday, a 3% drop that is said to be the worst since the day the markets opened after September 11. The drop came in reaction to a massive sell-off in Chinese equities, but this is probably a natural correction to the “irrational exuberance” fostered by last year’s passage of Jupiter through Scorpio, the sign that rules equity investments, followed by the current relentless optimism of Jupiter in Sagittarius.

I know I’m sounding like a broken record (Saturn/Neptune all the time), but Saturn is nearly exactly opposite Neptune now in the second phase of this cycle. Typically, when a planetary cycle includes multiple phases due to the phenomenon of retrogradation in which one or both of the planets appear to be moving backwards from our perspective on earth, the first phase of the cycle is like a wake-up call. We’re rustled from our sleep, wake up and say “Huh???” The second phase is often when the work really begins. We can’t go back to sleep now, we’re wide awake and having to deal with the energy of the planetary influences.

It seems to me that the market crash has more to do with the confrontation of our illusion (Neptune) and the need to face reality (Saturn) than any particular market fundamentals. In addition, Mercury being retrograde means we have to go back and correct some of the mistakes from the past.

Still, this may be a good time to pick up some stock bargains, but I would wait until after the eclipse on March 3 and Mercury’s direct turn on March 7, just to be on the safe side. Pick up your gains now, because when Pluto enters Capricorn in 2008 it may be time to take your money out of the stock market.