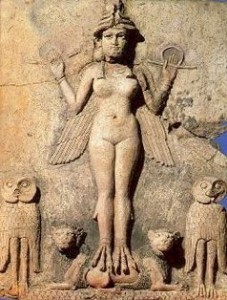 Venus turns retrograde this morning, shortly after being squared by the Moon at 8:06 am.

Perhaps the timing of this retrograde Venus at the height of Girl Scout Cookie season could spell disaster to some of us (me), but what else does this retrograde period have in store?  Planets are said to be traveling in retrograde motion when they appear to move backwards from our perspective on earth. During these times their influence causes us to look back instead of forward as we encounter the experiences of that planet.

This Venus retrograde period occurs in the forceful sign of Aries.  In Aries, Venus has been more motivated to grab for the gusto – to impel us to go after what we want and who we want. Venus turning retrograde makes that more difficult.  We still have the desire, but the actualization of that desire is not so easy.  We may have to go back over old situations and reclaim a part of ourselves that was lost there since Aries is the sign of the independent Self. Venus retrograde periods are not a great time for the stock market or for financial gain, not that we need any help in that area right now!

Venus is in a harmonious sextile to expansive Jupiter as it turns to retrograde, facilitating the process for us so that we are better able to integrate the retrograde experience.  After that, however, Venus will make no further aspects to any other planets until March 28 when it will conjunct the Sun.  Traditional astrologers call this “combust” and don’t like it – in their view the Sun actually burns Venus and creates problems in relationships and finance and other Venus-ruled areas.  Most modern astrologers will disagree with that – the energy of the Sun, especially now with Venus in Aries, can help to energize us where we feel weakened by the retrograde of Venus.

After Venus crosses the path of the Sun it will link up with Mercury and then form a square to Pluto at the beginning of April.  This is like to be a negative time for financial matters, for anything having to do with art and creativity, and for relationships.  On the positive side though, Pluto will expose any fissures in these areas that need to be dealt with once and for all.  This process is uncomfortable, but rarely deadly and brings an outcome that is ultimately positive.

Venus will retrograde back into Pisces on April 12 which will likely inspire us to take a deep breath and relax back into the softness of the receptivity of Pisces, a water sign.  However, shortly thereafter as it changes direction to move forward again, Venus will be conjuncted by the aggression of Mars for several days, increasing the intensity and helping us to prepare for the re-entry of Venus into Mars-ruled Aries on April 24.

All retrograde periods are excellent for going back and reviewing areas of life that are ruled by that planet.  For Venus, it’s a wonderful time for artistic pursuits, for music and dance, for redoing your website or marketing materials, for changing your hairstyle and wardrobe.  In our relationships, it’s an excellent time to take a deep look at all of the relationships in our life and see where they can be improved – where the love can be deepened.

For women, the travel of Venus through Aries, retrograde or not, brings us back in touch with the original archetype of this Goddess whose qualities have been watered down over the millenia to the cartoon character she is today.  In ancient Sumeria she was Ishtar and Inanna, goddess of feminine power and sexuality.  It was only later that her power was usurped by the male gods and she became the goddess of love that we know today.  This is interesting timing, because it’s the 50th anniversary of Barbie,, the 20th century version of Venus, and I have promised to post an astrological profile of Barbie today!