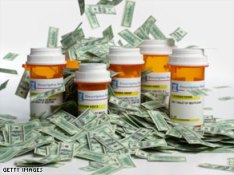 I’m going to classify this under both Saturn (making the hard choices) in Virgo (dealing with day to day life in a body such as health, diet and routines), as well as Pluto (transformation) in Capricorn (the way our governmental structures operate). The fact is, we need a complete overhaul with the way we look at health and healthcare, and not just the way we insure our health.  Offering a public option for health insurance is not enough.

The fact is that the health care in the United States makes us sicker than people in other countries.  Despite the recent slam of the British healthcare system by the conservative press, a 2006 study in the Journal of the American Medical Association showed that more Americans suffer from chronic diseases than their counterparts in England.  According to this study, Americans spend $5274 per year per person on health care as opposed to $2164 in the UK, yet there are twice as many Americans with diabetes as Brits, and Americans have a higher rate of heart attacks, strokes, lung disease and cancer.

Last year a book was released by journalist Shannon Brownlee called Overtreated–why too much medicine is making us sicker and poorer. Ms. Brownlee draws from the work of John Wennberg, who with his team from Dartmouth over the past forty years has proven that wealthier parts of the country spent more on health care, but were not any healthier.  Wennberg’s colleague Elliot Fisher demonstrated in 2000 that people in areas that spent more on health care were dying at a higher rate.  They were not getting more surgery; they were getting more tests, more pharmaceuticals and more unnecessary procedures.  Fisher determined that the 2-6% increase in deaths was directly attributed to more time spent in the hospital.

In 2008 the World Health Organization found that France, Japan and Australia rated the best and the US the worst in preventable deaths due to treatable conditions.  These preventable deaths include bacterial infections and complications of surgical procedures, both the result of hospital visits.  This study has been used as an argument for greater access to health care in poorer populations.  But the Wennberg and Fisher studies demonstrate that more health care is not the answer.

Drs Welch, Schwartz and Woloshin in 2007 proposed that Americans are sicker because too many of us are being diagnosed.  Hospitals have lots of expensive equipment that needs to be utilized and provides more and more subtle defects that left untreated would probably be just fine.  Fears of malpractice lawsuits drives this overtreatment and overdiagnosis as well.  Children with behavior problems are being diagnosed as having disorders that require pharmacological treatment.  Seniors are using five, ten, even fifteen different prescription drugs that may be causing more problems than they are treating.

My father-in-law was sent to the hospital with rectal bleeding.  He and his wife had just talked to a realtor about listing their home of 47 years.  He was probably under a lot of stress.  The doctors couldn’t find anything wrong, so they were going to remove the whole colon.  He said no, thankfully, and once the house was listed and sold he was fine.

The insurance companies through their conservative spokesmen seem to have instilled a desperation in the heartland over socialized medicine.  The single-payer proponents on the left are calling for a public option that will insure all Americans.  Obama is attempting to address the high cost of health care, but his caution over unnecessary procedures is being twisted into fears over death panels.

Until the overtreatment issue is addressed, there is no possibility for real healthcare reform.