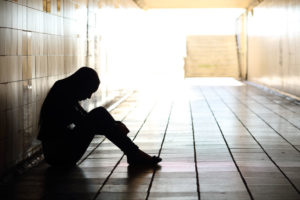 Pluto is the planet of transformation, but also of obsession and self-undoing.  It offers the keys to transformation through the exposure of the qualities that will be our downfall, and this is especially true in the generations that share Pluto in a particular sign.  For example, Pluto in Leo marked the Baby Boomers – the generation that is fixated on our own glorious self expression (Leo traits).  Pluto in Virgo people (1957-1971) are the hard workers of Generation X – the generation which, like Virgo, tends to avoid the limelight, qualities which led to this generation being called the Slacker generation, a term which they fortunately outgrew as they matured and began to take on their roles as stable, conservative members of society.  The Pluto in Sagittarius generation may be the most optimistic, especially following the Pluto in Scorpio generation which tends to see everything through a glass darkly.  But relentless optimism in the face of real problems can lead to depression when life does not measure up to our hopes and dreams.

Ms. Hill’s Pluto conjoined her Sagittarius Moon and opposed her Gemini Sun – she was a Sagittarius Full Moon personality with all of the associated exuberance of spirit and heightened emotionality.  A conjunction of the sensitive Moon to Pluto intensifies emotions and typically suggests a person who will encounter a spectrum of events ranging from dramatic to abusive as they learn to manage the power of this planetary combination. The opposition from Pluto to the Sun enhances the intensity of the personality which is a challenge for anyone with this planetary dynamic, but those with the Sun and Moon in the weaker mutable signs it can be more difficult to achieve the endurance necessary to wade through the drama of these charts.

Saoirse left a brave report in her school newspaper detailing the feelings and events around her depression that helps us to understand the astrology around events which led her to take this dramatic step.  Although she had felt depression through most of her life, she had begun to accept it and incorporate it into her life.  Depression takes many astrological forms – the powerless feelings of Pluto, the dark emptiness of Saturn, the abandonment of the wound of Chiron.

She writes: “Although I was mostly a happy child, I suffered bouts of deep sadness that felt like a heavy boulder on my chest.”  The Sagittarius Moon longs for happiness, and yet the relentless pressure of Pluto on the Moon forces a deep dive that eventually will result in a mature individual with great emotional self-empowerment.  However, it is challenging in youth and without support, Saoirse must have felt that she was a force of darkness in a world of happy Instagram people.

“Two weeks before my junior year began, however, my friend came back and planned to stay. My sense of well-being was already compromised, and I totally lost it after someone I knew and loved broke serious sexual boundaries with me. I did the worst thing a victim can do, and I pretended it hadn’t happened. This all became too much, and I attempted to take my own life.”  In 2015, transiting Saturn, the planet of tests and challenges, applied pressure on the Pluto system in Saoirse’s chart, bringing all of this to the surface. It then opposed her natal Venus, putting stress on her personal relationships.

Pluto people, those of us with Pluto strongly aspecting planets in our charts, tend to attract experiences of sexual abuse or violence of some kind.  This sounds horrific, and it can be, but because Pluto people karmically need to learn to master the darkness within themselves and others, they must be brought face to face with it in one form or another and I see this frequently.  Saoirse’s sunny Sagittarian nature would not have wanted to dwell in that darkness for long, though, and it’s not uncommon for Sag people to want to forget about the difficult things that occur – until they rear their ugly heads again when least expected. In her case, this occurred when transiting Pluto activated Saturn in her chart, forcing these issues to the surface.

We don’t know what kind of support Saoirse received after writing this article, but she transferred to a different school and became active in politics.  However, this year she suffered through a transit of Saturn to her natal Saturn – a cycle which we all experience every seven years.  These Saturn cycles force us to face difficult things in our lives – the purpose of Saturn is to find growth and strength and self-improvement, but for those of us who tend toward depression, Saturn can bring isolation and sadness and a sense of being all alone.

I’m writing this article not as a personal exposé of Ms. Hill, but because children are suffering everywhere with these issues and I believe it’s important to understand the astrological issues as well as the social issues that are creating these kinds of problems.  When I was in high school, I was the only kid I knew who came from a “broken home.”  Now over half of all children grow up in homes with blended families, single parent households.  Parents are working multiple jobs to try to make ends meet.  Children are growing up lonely and isolated, turning to computers and their phones to find friendship and comfort.  The kids after the Pluto in Sagittarius generation, the ones born when Pluto was in Capricorn (2008-2023), will find a practical solution to move through these kinds of issues.  But our Pluto in Sagittarius kids (born 1995-2008), many of whom are facing or will soon face the complex system of planetary cycles that hit us all between ages 20-22, will need a great deal of love and support.