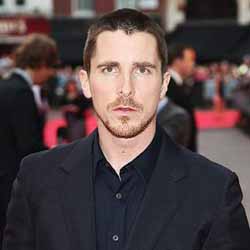 Christian Bale, brilliant actor in the most recent Batman series, was in the news back in July of 2008 when it was reported that he “assaulted” his mother and sister (under English law an assault can be physical or verbal).  Now he is in the news again when audiotape of a violent rant just days before his arrest last summer against the director of photography for his new film Terminator Salvation was leaked to the press after being submitted to the film’s insurance company.

Unfortunately from an astrologer’s point of view, we don’t know the time of Christian Bale’s birth (January 30, 1974) because it is likely that Bale is experiencing planetary transits to the “angles” of his chart (the points that describe the way we relate to others and our career) that are defined by the moment of birth.  We also don’t know where his Moon is; if he was born before noon his Moon would be in Aries, and after noon it would be in Taurus.   But there is plenty of other information that we can glean from his chart to help to explain some of his behavior.

Christian Bale has the Sun in Aquarius, and he has a conjunction of Mercury to Jupiter in Aquarius as well.  I’ve been writing a lot about Aquarius in this column because for the past few months we have had a preponderance of planets in that sign. Aquarius is the sign of the inventor – of the eccentric, the renegade, and the fighter for social justice.  But Aquarius is exceptionally interesting in the chart of an individual because it is one of four signs with both an ancient and a modern ruler.  Its ancient ruler is Saturn, planet of social order and restriction.  Its modern ruler is Uranus, planet of rebellion and freedom.  These two planets are in opposition in the sky right now, and they are opposite in their very nature.  One wants to create structure (Saturn), the other wants to break it apart (Uranus).

Aquarians carry that complicated dynamic within them, and for Christian Bale that dynamic is particularly strong with three planets in that one sign.  On the one hand, he is a hard worker who understands the need to embrace his responsibility (he also has Saturn retrograde in his chart which suggests that he feels he has to work harder than anyone else in order to prove his worth).  On the other hand, he has his own ideas for how things should be done and resists the pressure of authority.  Mars (god of war and aggression) forms a square, a challenging aspect, to his Sun which reveals his heightened aggressive tendencies.  Mars is a bit of a bully when it is in conflict with other planets in the chart, and Mars also is widely square to Bale’s Mercury (mind) and Jupiter (confidence).  He has a tremendous amount of energy and if it’s not channeled properly this energy can erupt into anger and rage.

Last July when Bale was arrested for assault transiting Pluto (death and rebirth) was completing a challenging transit to Saturn in his birthchart, the planet that helps us to build structures in our life but can also cause us to feel that we’re not good enough.  Transiting Jupiter (confidence) was within a degree of a trine to Mars in his chart which would have opened the doors to his feeling he could express himself freely.

The timing of the release of this tape is very interesting, occurring just days before the Lunar Eclipse of February 9th that will oppose Jupiter and Mercury in Bale’s chart, perhaps changing his fortunes (Jupiter) forever.  Eclipses are known for their power to unmask that which is hidden and we have a vivid example of this phenomenon in this case!