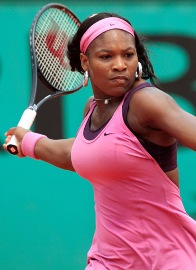 On the day of the incident, transiting Mars was forming an exact square to Saturn in Serena’s chart.  Saturn often represents the father – the stern taskmaster that tells us over and over again that we’re not good enough.  I suspect that the voice of the referee, even though she was female, brought up something deep and old for Serena, who was already sensitized by the transiting square of Chiron, and goaded by Mars, the god of war,she erupted with anger.

The final phase of the Chiron cycle will end in late April, and Serena will have plenty of Mars transits between now and then.  Hopefully she will resolve some of her issues off the courts so that her career can continue its amazing trajectory.