Wild swings in financial markets and a look ahead

Wild swings in financial markets and a look ahead 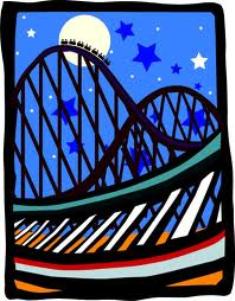 The US stock market has been manic-depressive lately, swinging from wild highs to abysmal lows.

Mercury began to station (its apparent motion slowed down to a crawl) on August 2nd and it turned retrograde on August 4th.  On August 2nd the benchmark Dow Jones Industrial Average dropped 266 points, and the next day it recovered some ground.

All retrogrades seem to bring about some kind of reversal in the stock market – sometimes the market will  swing higher rather than lower. But this retrograde occurred as  Uranus (sudden change) and Pluto (destruction/regeneration) came within one degree of a challenging square formation and the sense of instability and potential for crisis was universal.

Then aggressive Mars entered the emotional sign of Cancer on August 3rd and emotions took over the reactions of investors.  The Dow went up on the 3rd, and then with the retrograde turn of Mercury on the 4th plunged over 500 points.  This has been a market of reactivity which is not surprising when you consider that when Mars entered Cancer it began to face off in challenging aspects to Uranus and Pluto, setting off the fears of instability and change.  And let’s not forget the Full Moon on August 13th which evidently heightened those fears and resulted in a drop of 630 points.

After Mars passed through the window of the aspect to Uranus and Pluto there were a few days of calm, but yesterday, with Mars within three degrees of a challenging aspect to Saturn (the voice of anxiety) the market fell another 400 points.

Using astrology to predict stock market movement is a science that involves more than just an examination of planetary formations.  Each company has its own chart, and the leadership of each company has their own chart, and all of this has to be set against the backdrop of the overall emotional climate in each country.  I am certainly not qualified to give financial advice based on the astrological indicators, but with Mars approaching that square to Saturn over the next few days I think it’s unlikely that we will hit any kind of bottom until after that aspect culminates on the 25th.

Over the next week or so Venus and the Sun leave optimistic Leo for Virgo, a sign that is more conservative in nature.  But before leaving Leo Venus and the Sun oppose mysterious and confusing Neptune on the 21st-22nd which could lead to a lack of clarity in Monday’s opening markets, especially since the shift in signs will occur immediately after the Neptune aspect.

Then on the 24th and 25th the Moon, in emotional Cancer, conflicts with Saturn, Uranus and Pluto which does not bode well for any kind of optimism in the markets which is the force that tends to push prices higher.   The Moon conjoins Mars on the 25th as it forms that exact square to Saturn (reality check) , but a number of positive aspects late in the day on the 25th and 26th suggest that the mood will begin to lighten.

By the time the markets open on the 29th the mood should be more favorable.  But this is NOT, I repeat NOT, to be taken as financial advice.  This is merely an astrological weather forecast and you never know when an unforeseen storm could arise!