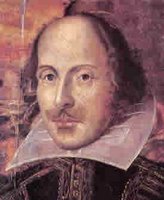 Phil Brown went to see Hamlet last week and offers up an astrological review. This is a very interesting take on the subject so take a look. Phil writes on a phenomena called the “Grand Mutation”:

Shakespeare wrote Hamlet under the cosmic influence of a Grand Mutation (also known as a Mutation Conjunction). A Grand Mutation occurs when the 20-year Jupiter-Saturn conjunction changes elements (roughly every 200 years), signifying great changes in society, culture, and government.

We are currently experiencing just such a Grand Mutation, as the Jupiter-Saturn conjunction moves from 200 years of being in earth signs to the next two centuries of air signs. In 1980, the conjunction was in Libra, its first elemental change since the beginning of the 19th Century; then in 2000, it moved back into an earth sign, Taurus. In 2020, the Jupiter-Saturn conjunction will be in Aquarius and will remain in air signs for the next 200 years.

In about 1600, the Jupiter-Saturn conjunction moved from the water element to the fire element, believed to be its most powerful elemental change. Hamlet was written in about 1601. The world around Shakespeare was being transformed, and he captured this sense of a world disordered in his four great tragedies, but most especially in Hamlet. In this play, the royal lineage of Denmark has been sundered by the murder of Hamlet’s father, the king, and the usurpation of his throne by Hamlet’s uncle, Claudius. The old order is fractured—“time is out of joint”—and Hamlet is tasked with putting it right.

It’s interesting that this mutation into air occurs at the transition point to the Age of Aquarius. Meanwhile, I thought it might be a good time to repost one of my early articles on astrology in the works of William Shakespeare from May of 2006:

An article on chartplanet.com reports:

In all of Shakespeare’s 37 plays there are more than a hundred allusions to astrology, and many of his characters’ actions are said to be favored or hindered by the stars. The signs of the zodiac are mentioned in six of Shakespeare’s plays, and the planets may even be blamed for disasters, especially as they wander from their spheres. Several of Shakespeare’s characters were governed by particular stars, as Posthumous was born under the benevolent planet Jupiter, and thus had a favorable destiny at the end of the play. Another character, Monsieur Parolles, was born under Mars and became known fittingly as a soldier. The moon–known for its influence on emotions and self-image–was said to govern Elizabeth, who wept throughout the play Richard III. These examples and many other astrological passages scattered throughout his dramatic works show that Shakespeare was at least interested in astrology and used the art abundantly in the creation of some of his most striking passages.

William Shakespeare (1564-1616) lived during the Elizabethan era, during the reign of Queen Elizabeth I. This was the height of the English renaissance, coming at the heels of several significant events, including the Protestant Reformation which sharply curtailed the worldwide power of the Roman Catholic Church and facilitated the separation of the Church of England from the Roman Church. Also preceding the life of Shakespeare was the discovery by Nicholas Copernicus that the planets actually orbit around the sun rather than the earth. This revelation turned the world of astrology upside down and where previously astrology and astronomy had been taught together as the “science of the stars,” a great schism now grew between the art and the science. Where magic, religion and science had long been intertwined, they now began to separate.

Shakespeare’s works often frame the debate that was central to the study of the stars at the time. In fact, many believe that the character of Prospero was modeled on Queen Elizabeth’s court astrologer, John Dee, who was one of the most renowned astrologers of all time. He was a respected mathematician and astronomer as well as a leading expert in navigation, as well as being an early “channeler” of some of the more remote angels.

Edmund in the Bastard, in King Lear, has this to say about astrology:

This is the excellent foppery of the world, that when we are sick in fortune, often the surfeits of our own behavior, we make guilty of our disasters the sun, the moon, and the stars: as if we were villains on necessity, fools by heavenly compulsion; knaves, thieves, and treachers, by spherical predominance; drunkards, liars, and adulterers, by an enforced obedience of planetary influence; and all that we are evil in, by a divine thrusting on. An admirable evasion of whoremaster man, to lay his goatish disposition on the charge of a star.
(Shakespeare, King Lear, I, ii, 115-129.)

Although this quotation has often been used as evidence that Shakespeare was against astrology, it is actually a diatribe against the tendency of humans to blame their faults upon their planetary configurations, something that astrologers work against to this very day. “I’m a Scorpio, that’s why I’m secretive.” “I can’t make decisions, I’m a Libra.” “I can’t help being critical, I’m a Virgo.” The tools of astrology can help us to use the attributes of our planetary influences to greater growth and empowerment if we take the reins of our own lives.

Despite the discovery of the heliocentric universe and its threat to the geocentric astrological system, many of the scientists who succeeded Copernicus strengthened the appeal of astrology including Johannes Kepler, another contemporary of Shakespeare. Carl Sagan referred to Kepler as “the last scientific astrologer,” which many would dispute but it does show the respect to which he is accorded. Kepler never lost his love for the mystery and magic of the study of the celestial spheres: he was quoted by Franz Hammer as saying, “May God free me from astronomy, so that I can devote myself to the effort of my work on the harmony of the world.”

Shakespeare was undoubtedly influenced by the works of John Dee, Copernicus and Kepler, and his works reported faithfully on cultural trends and conflicts that resonate to this very day.