A window of history

A window of history 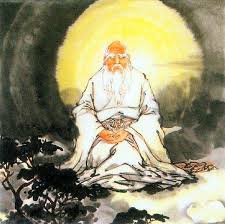 Recent archeology places the Buddha’s birth at about 600 BC [or BCE]; Confucius’ birth is thought to be about 550 BC; Pythagoras’ birth time is currently estimated at 570BC, Lao Tzu at about 600 BC. What do these dates have in common?

In 577 BC there was a Great Conjunction [and I mean Great!] with the outer planets of Uranus, Neptune and Pluto running neck and neck between 10* to 13* Taurus.

I had never read this before and a brief internet search uncovered no previous articles on the subject so naturally I was fascinated.

Unlike the visible, or traditional planets and luminaries (Sun, Moon, Mercury, Venus, Mars, Jupiter and Saturn) which preside over matters of the personality and personal existence, the outer planets act as transformational forces which inspire and assist in crisis and evolution.

Any conjunction ) aspect of outer planets brings about tremendous global upheaval and change and introduces a new element of human consciousness. Conjunctions correlate to the New Moon phase of the lunar cycle in which the Sun and Moon align and birth a new energy into the world.  Conjunctions of Neptune and Pluto, the two slowest moving planets (from our perspective on Earth)  occur about every 500 years.

There have been great teachers throughout time, but at no other time in history did so many great philosophers and spiritual sages incarnate within a century.

The outer planets weren’t discovered until the last few hundred years, so it is interesting to think that their influence could have been at work during this pre-discovery era.